picture’s courtesy to tumblr (didn’t remember who the artist was. sorry;_;)

Frostbite
Kim Jongin (EXO), Kim Raena (OC); angst; PG; 528 words
written by leesungra. cross-posted here.
note: AU is a crossover between Disney’s Frozen and DreamWork’s Rise of the Guardians. I’m sorry. But not really. Just don’t expect anything from this awkward piece of writing. And sorry for any grammatical errors since English is not my first language and i never bother beta-reading anything at the end of the day.

we can freeze anything, but can we freeze the time?

The day she decides to ask him to stay with her, he reacted a polar opposite from what she had expected.

“I’m immortal, you’re not. Thus we can’t love. This… this isn’t supposed to happen,” he sighs, fingers running through his hair in frustration, “It will only hurt you. And me. You’ll age, and maybe find another man more suitable for you, and you’ll die at some point, while I will always be stuck with the time, as the time consumes you away. I won’t cease unless there’s nobody who believes in me anymore. And I won’t die either, even in the worst case scenario. Will never.”

“W-we can try,” she gasps back an answer, “Because how will we know something isn’t worth to be fought over if–“

“I know we can always try! I know!” he snaps, voice exasperated, “But it won’t work. We have to–we ought to stop, or else it’s going to harm us, bringing nothing but misery–“

“And happiness,” she mumbles, “Happiness. D’you forget about that?”

“Happiness isn’t absolute nor eternal. It’s just an ethereal concept we can never get our grasp upon. An abstract idea to conceal nothingness, to give hopes to people when actually there’s nothing to believe in.” he reaches out to wipe minute-sized ice sliding down her cheeks, “We might be happy one day, then lost in a wallowing sadness by the next morning. I–I can’t let you fall into the darkest pit of hell-like despair, while all I can bring to you is just misery. You don’t deserve to be hurt, let alone by someone like me. It’s better if I leave, and also better for you to… start. Seeking for someone else. Who is not me.”

She keeps her mouth shut, dainty fingers slowly carving ornaments out of the icy wall beside her. Of a girl and a boy who can never become one. Whom roles had made an invisible but unmistakable barrier, restraining them to reach out to each other. She sketches a smile on their faces, but at the same time her frozen tears slides down her cheeks onto the freezing ground, echoing soft plink plink plink sound in the enormous hall. When eventually she had met someone who can keep her company, why does that certain someone decided to leave?

He takes both her hands and squeezes them gently before leaning in for one last kiss to their goodbye. His fingers sweep her fringe out of her face, causing her to lean into the cold touches unconsciously, relishing in the feeling and the warmth somewhat seems to emanate from his skin, though it’s practically nonsensical because his body temperature is just as cold as her, if not colder. Tears well up beneath her eyes–Is it–is it really impossible for them?

“Do we… do we really not have the chance?” she whispers as he stands up, grabbing a wooden stick out of nowhere. He fixes his hoodie so that it covers his head before crouching down until he’s eye-level with her once again, saying softly,

“You–no, we, we can freeze anything, but can we freeze the time and make it stop running away from the spaces between our fingers?”

About Plagiarism and Reposting Your Stories 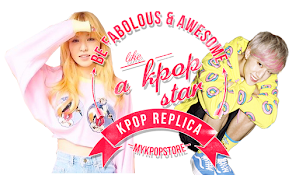